Mental Illness and Stress vs Injury 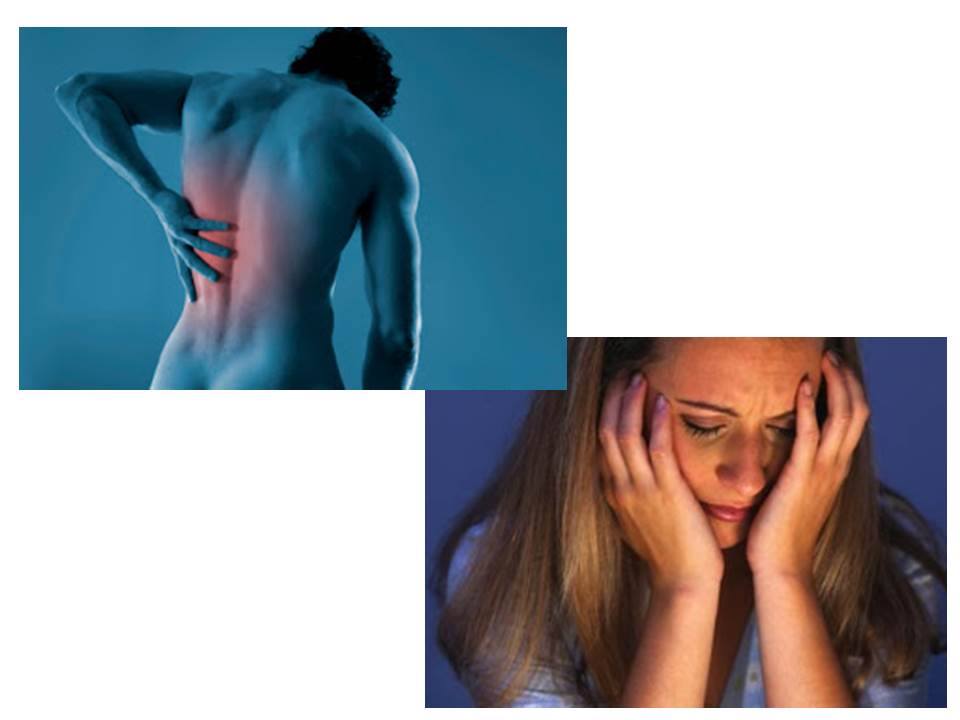 Mental Illness and Stress vs Injury

Over the last few years I have seen a number of people whose symptoms have not been able to be explained however as I’ve increased my level of knowledge and received training I have got far more of an understanding of the physiological impacts of stress and mental illness.

I’m going to quote a couple of examples below to explain my experience in the area.

I have seen a couple of individuals whose symptoms have been caused by by depression, stress or both. Also if you look at the preparation of elite athletes then they will quite often use a psychologist to help with preparation leading to some amazing results. This shows that there is a clear link between mental condition and physical condition.

1. I had a client who came to me with chronic back pain to the extent that they was unable to stand up straight. I saw them twice and on the first appointment I treated the symptoms found, releasing off muscles in the back side (Gluteals), in the lumbar region of the back and suggested some gentle exercise. I saw the same client a week later and although there was some improvement it was not significant. Having reviewed the situation I carried on treating in similar areas to the first time however after 20-25 minutes I stopped, as I did not think I was getting any improvement. We had been talking during the treatments and they explained the work situation and the stress they were under and I wondered whether there was a link. How do I address this?

What I did is that I put some pressure on the soft tissue at the base of the skull which I have found helps with general relaxation and went through a relaxation exercise and massage for about 15 to 20 minutes. After this they got off the couch and had no pain.

I did contact the client after a while and she had left her job and has had no re-occurrence of issue.

2. Another client had been seeing me for a period of time following a calf injury. We managed to treat the injury and the recovery albeit slow was successful however there continued to be issues with hips, lower back, and neck. It seemed to be a constant cycle. Again they were under stress at work and were not enjoying it or the pressure they were under. When I had first met the client she was an extremely exuberant, bubbly individual however that had become muted.

We did talk about the stress she was under and whether this was causing the physiological issues they were experiencing. They didn’t really believe what I was saying, however at a future treatment they did say that they were going to the GP. After this visit, depression was diagnosed and counselling was suggested. After a few weeks of counselling, I noticed that the physical issues were diminishing and my treatment was more successful.

They are now back to their bubbly, exuberant self and have achieved PBs in Sprint Triathlons and are now back playing competitive squash. Having met them after a Triathlon the smile on their face went from ear to ear. Great for them!

1) When you have physical issues, especially if there is no trauma, look at your home or work situation and think – is this causing the problem? The answer may well be no, but relax – talk things through with people, get help if needed, go to your GP. Some GP’s are very good in recognising this situation and will help.

2) If you are getting treatment for a physical issue, talk to your therapist. Open up to them. Although we are not trained in psychological matters or counselling we might see a link and refer you on. Never feel embarrassed.

3) Don’t get the idea that all physical issues are caused by psychological problems. This isn’t the case however the opposite can also be true – below is a link to an article looking at the psychology of injury. Very interesting article!

Shockwave Therapy Benefits: Why You May Need This Non-Invasive Treatment

A Runners Guide to Osteopathy